Professor Alejandro Baer will be at the University of Bayreuth from 30 May to 3 June 2022 for the William James Visiting Professorship. His lecture series is entitled "Jewish Memory and Memory of the Jews: Cultures, Identities, Politics". The lectures are to be held in the context of Bayreuth’s Stadtgespräche.

For Summer Semester 2022, Bayreuth’s Study of Religion Department has once again invited a renowned scholar to Bayreuth as a William James Visiting Professor for the Study of Religion. Prof. Dr Alejandro Baer, Professor of Sociology and Director of the Center for Holocaust and Genocide Studies at the University of Minnesota, developed the series of lectures on "Jewish Memory and Memory of the Jews: Cultures, Identities, Politics", which will take place from 30 May to 3 June 2022. The week begins on Monday at 10 a.m. with the English lecture "What is collective memory: theory, concepts and cases". Baer will also speak in various lectures on topics such as "Coming to terms with the past" or "Jewish memories". There will also be a panel discussion on "The Ukraine crisis from the perspective of Jewish history and memory". The keynote lecture of for Bayreuth’s Stadtgespräche will be held in German, while the other talks will be in English. However, it will be possible to ask the lecturer questions in German and to discuss in German at any of the talks.

The entire programme is available on the website of the Study of Religion Department at https://www.religion.uni-bayreuth.de/de/termine/20220530-0603_William-James-Gastprofessur/index.html.

The keynote lecture for the William James Visiting Professorship will take place on Wednesday, 1 June 2022 at 6 p.m. in the Iwalewahaus in the context of Bayreuth’s Stadtgespräche. This lecture will be held in German and is entitled "Holocaust und Erinnerungskultur(en) im internationalen Kontext".

The series of lectures is being offered in connection with the anniversary year "1700 Years of Jewish Life in Germany", but had to be postponed to 2022 due to the pandemic.

The general public is cordially invited to attend. There are no entry requirements, but registration is requested at religion@uni-bayreuth.de. 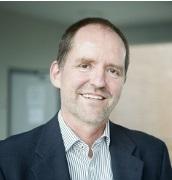