A grant of € 285,000 has been awarded to Bayreuth professors Klaus Ersfeld and Matthias Weiss for their research into the pathogen that causes African sleeping sickness. Their project is to be part of a priority programme of the German Research Foundation (DFG) on the physics of parasitism.

Advances in cell and molecular biology have already led to deep insights into the manifold interactions between parasites and their hosts.

However, much less is known about the physical aspects of this mostly unwanted liaison, e.g. the locomotion of parasites as micro-swimmers in the bloodstream of the host animal. A quantitative understanding of these aspects, e.g. exactly what internal changes in the parasite lead to which changes in swimming behaviour, is particularly important in order to ultimately be able to assess or even change the behaviour of parasites in the host body. By combining modern biological and physical methods, e.g. the use of "gene scissors" and single cell tracking in special microfluidic environments, Prof. Dr. Klaus Ersfeld, Professor of Molecular Parasitology, and Prof. Dr. Matthias Weiss, Chair of Experimental Physics I at the University of Bayreuth, aim to explore an understanding of the propulsion mechanism and deformability of the African sleeping sickness pathogen.

In their research, Ersfeld and Weiss deal with Trypanosoma brucei, the causative agent of African sleeping sickness. It is transmitted to humans and animals through the bite of the tsetse fly. Trypanosoma brucei is a single-celled parasite that can move independently in the host's bloodstream. The survival of this pathogen depends critically on active movement and its ability to enter the capillaries of its host's bloodstream. Understanding the propulsion and deformability of the parasite is therefore of enormous importance for further research.

Ersfeld and Weiss focus their research on "post-translational protein modifications" (PTM), i.e. changes in proteins that take place in cells after the synthesis of proteins. In this way, they regulate the mechanical properties of microtubules, which are filamentous protein complexes within trypanosomes that are essential constituents of the locomotion mechanism of the parasite. Ersfeld and Weiss hypothesise that PTMs affect vital functions in Trypanosoma brucei, such as their ability to actively move in the host's blood. Techniques such as gene deletion, RNAi, or CrisprCas9 can be used to manipulate the DNA of the parasite. The subsequent characterisation of the physical consequences of these and other changes by PTMs, e.g. for the swimming ability and deformability of the pathogens, is the focus of the Bayreuth professors' project, which is now being funded in the DFG priority programme "Physics of Parasitism". The Bayreuth research is to be part of this programme, which is coordinated by Prof. Dr. Markus Engstler, Chair of Cell and Developmental Biology at the University of Würzburg. 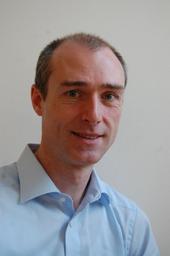 Chair of Experimental Physics I