On 14 July 2022, the Iwalewahaus of the University of Bayreuth and the Flossenbürg concentration camp memorial site invite you to the vernissage of the exhibition "Melting Stone" by South African artist Talya Lubinsky in Flossenbürg. Based on the natural historical significance of granite and glass, the exhibition aims to stimulate fundamental reflection on memorial cultures. It can be seen at the memorial site until 15 September 2022. Admission is free.

South African artist Talya Lubinsky on the Campus of the University of Bayreuth.

Talya Lubinsky is currently artist in residence at the Iwalewahaus of the University of Bayreuth, a centre for African contemporary art. In 2017, she presented her exhibition "Floating Bodies" here. The idea for the new "Melting Stone" sculpture series, which aims to invite an artistic dialogue with the Flossenbürg concentration camp memorial, also goes back to this time. The exhibition rooms are located in a building that housed the administration of Deutsche Erd- und Steinwerke GmbH (DESt) from 1938 to 1945. The SS had founded this company and managed the adjacent granite quarry. There the prisoners of the Flossenbürg concentration camp were subjected to forced labour, many of them dying as a result of exhaustion, illness, and malnutrition.

Interestingly, Talya Lubinsky’s exhibition incorporates the geological history of the Upper Palatinate region. The Flossenbürg granite, which originally formed from a hot lava flow at a depth of 30 kilometres, was pushed to the surface by continental drift. Over millions of years, layers of earth were eroded, and the lava cooled and crystallised into solid granite. In "Melting Stone", the South African artist now experiments with heating pieces of granite to the point where they begin to melt. Solid rock, which in European culture is often associated with mourning and commemoration and used to erect monuments, transforms back into a liquid material that refers back to the underground lava flow. In this way, Talya Lubinsky is developing new ways of dealing with historical evidence. With her sculptures, she wishes to encourage reflection on "solidified" cultures of memory and, in doing so, encourage an examination of hegemonic claims that are openly or covertly inscribed in them.

The central focus of the exhibition is "Sanding Glass", a large-scale work on and with glass. It is installed in front of a 14-metre-long and 2.5-metre-high mural in the former "Gefolgschaftssaal" of Deutsche Erd- und Steinwerke. In keeping with the National Socialist ideology and aesthetics, it depicts sturdy stonemasons and construction workers. In the decades following the liberation of the camp, the faces of the figures were deliberately removed; moreover, the paint has cracked and peeled off. Talya Lubinsky works those parts of the painting that are not rubbed off, chipped or weathered onto glass to make them opaque. Thus, when looking through the clear glass, only those parts of the wall that have been contaminated by weather or human intervention can be seen. The resulting image evokes memories of the history of the concentration camp by making essential contents conspicuous precisely through their absence.

Prof. Dr. Jörg Skriebeleit, director of the Flossenbürg Concentration Camp Memorial, says of Talya Lubinsky's work: "With this exhibition we are once again opening up the DESt administration building as a space for art and thought. Talya Lubinsky has created two art installations for this space. On the one hand, she actively deals with the presence and absence of traces in the of the perpetrators building. On the other hand, she symbolises the change and transience of memory with sculptures made of melted granite. In this way, she points to the fragility of seemingly fixed patterns of memory and emphasises the need to question and rethink them again and again. For this very reason, Talya Lubinsky's art is a perfect fit for this site of the former concentration camp quarry, which will continue to define itself as an experimental space for the culture of memory."

Dr. Katharina Fink of the Iwalewahaus at the University of Bayreuth emphasizes, "It is an enriching experience to work out new ways of findings intersections in memory work with the colleagues at Flossenbürg Concentration Camp Memorial. Talya Lubinsky, with whom we have worked many times, enables us with these works to find a new poetic, visual language for ways of keeping present."

About the artist:
Talya Lubinsky hails from Johannesburg, South Africa and currently lives in Berlin. She received a Master of Fine Arts with distinction from the University of Witwatersrand in Johannesburg. Further information: https://www.talyalubinsky.com

Funding:
The guest stay of Talya Lubinsky as "Artist in Residence" in the Iwalewahaus was made possible by the Institute for African Studies (IAS) of the University of Bayreuth. The exhibition in Flossenbürg is supported by the Freundeskreis Iwalewahaus e.V. As a cooperation with the Flossenbürg Concentration Camp Memorial, it is funded by the Bavarian State Ministry for Education and Culture and by the Federal Government Commissioner for Culture and the Media. 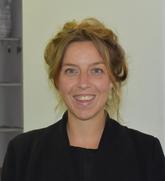