Researchers at the University of Bayreuth have developed Janus-like spider silk fibres that can attract nerve cells and thereby make them grow. In the journal "Angewandte Chemie", the team led by Prof. Dr. Thomas Scheibel at the University of Bayreuth’s Biomaterials research group reports on the special features of the new fibres: Cells could attach to one side, and excipients and other substances could be attached to the other side. This could create a platform for damaged nerve or muscle cells to grow.

Spider silk is highly regarded in regenerative medicine because of its properties - tough, strong, and biodegradable. It is non-toxic, biocompatible, and microbe repellent. These properties make it a highly eligible support medium to regrow damaged nerve cells. With original spider silk, however, this process is elaborate and requires complicated preparations. "To address this, we have optimised the natural fibre several times over using a biotechnological approach," reports Scheibel.

In Bayreuth, spider silk proteins are produced by genetically modified microorganisms and can be engineered / functionalized on the molecular level. Such engineered spider silk proteins have been used to produce Janus-like spider silk fibres, i.e. a fibre with two differently equipped sides, by spinning two individually optimised proteins side by side. One side of the fibre consists of a spider silk protein in which the team reversed the protein's original intrinsic charge by replacing one amino acid in its repeating core amino acid sequence. "This makes the material surface more attractive to cells," Scheibel explains. The other side consists of a spider silk protein to which the researchers have added the amino acid cysteine. Cysteine can be used for "click chemistry", i.e. a chemical method of functionalising materials in which the reaction partners react with each other as easily as clicking them together.

Using a special Janus electrospinning process, made possible by drawing out a filament from the protein solution in an electric field, the team has produced a two-sided, water-soluble precursor, the post-treatment of which yields the crystalline, insoluble Janus fibres. The product is then click-chemically coated with gold nanoparticles that make the spider silk conductive, providing a simple way to test its functionality. The spider silk fibres treated in this way could, for example, directly stimulate the growth of muscle cells: "Muscles can be electrically stimulated, something which would be possible on such a half-sided 'gold wire' made of spider silk fibres," Scheibel explains. Other modifications are even more promising. With the help of click chemistry, the researchers aim to introduce growth factors to enable not only the growth of nerve cells on the spider silk, but also their targeted and accelerated growth along a "spider silk track". 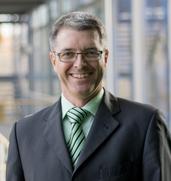