Prof. Dr. Kai Purnhagen, Chair of Food Law at the University of Bayreuth, is the only German scientific representative to be appointed to the EU Commission's Council of Experts on General Food Law and Sustainability of Food Systems. There, the expert on European Union law will, among other things, help develop the foundations for a new EU law on sustainability in the food sector.

Since December last year, Purnhagen has been active in the "Expert Group on General Food Law and Sustainability of Food Systems". "The top priority at the moment is our work on a new legislative proposal for a sustainable food law," he reports. "Developing a law that supports the transformation to more sustainable food systems, on the one hand, but does not abandon proven safety-related food law, on the other, is a special challenge. Being involved in this is very exciting - especially because it is necessary to reconcile the different approaches of the individual countries. The Commission has formulated ambitious goals.” Purnhagen is alluding to the targets according to which, for example, the use of synthetic pesticides is to be drastically reduced, the consumer is to have a sustainable choice when buying food or the area that is to be cultivated organically is to be increased: "How to reconcile this with the realities in the Member States is a particular challenge in the policy advice process".

Prof. Dr. Kai Purnhagen, Chair of Food Law at the University of Bayreuth, is the only German scientific representative to be appointed to the EU Commission's Council of Experts on General Food Law and Sustainability of Food Systems.

Together with numerous experts from all EU Member States, Purnhagen is to support the Commission in the preparation of legislative proposals and policy initiatives, coordinate with Member States, and provide expertise to the Commission in the preparation of implementing measures. The group was set up in the early 2000s in response to numerous food scandals across Europe. Meanwhile, general principles and requirements for food and feed law at Union level have been laid down, with "food safety from farm to fork" as the guiding principle.

Prof. Dr Kai Purnhagen is the first professor to be appointed to Faculty 7 of the University of Bayreuth, Life Sciences: Food, Nutrition & Health. He has been living, teaching, and researching in Kulmbach since summer 2021. He works in the fields of European Union law, international business law, and the interdisciplinary and comparative analysis of law. Previously, he worked at Wageningen University (NL) , Ludwig-Maximilians-University Munich, University of Lucerne (CH), European University Institute, London School of Economics and Political Science (UK), University of Wisconsin-Madison (USA), Justus-Liebig-University Giessen, and University of Amsterdam (NL), among other institutions.

His work regularly influences law-making and interpretation at various levels. For example, his work has been taken up by the European Court of Justice in data protection law, by the European Commission in marketing law, by the German government in energy and consumer law, and by the German Federal Court of Justice in contract law. He regularly acts as an expert for various governments and organisations. 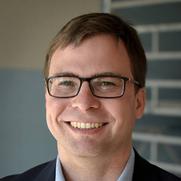