The nature park "Franconian Switzerland - Franconian Jura" is a biodiversity hotspot in Germany and exceptionally rich in habitats that are part of the EU's Natura 2000 network of protected habitats. The biodiversity is particularly high here in the pine forests that grow on the dolomite bedrock of the Northern Franconian Jura. A new study by the University of Bayreuth shows that the area of the Northern Franconian Jura covered by these forests has declined by more than 75 percent since 1990, and by as much as about 99 percent since 1950. In the journal "Biodiversity and Conservation", the scientists explain this dramatic loss of a valuable biodiversity resource.

Typical stand of a sparse pine forest on a dolomite reef from the Jurassic period. Photo: Andreas Hemp.

The starting point for the new study are three forest inventories conducted by the first author, PD Dr. Andreas Hemp, in 1990, 2012, and 2020. In these inventories, a total of more than 600 stands of dolomite pine forests are recorded in various districts of Upper and Middle Franconia and the Upper Palatinate. The Bayreuth team compared these stands, which have been documented over three decades, with the dolomite pine forests around 1950, when the Northern Franconian Jura was still largely characterized by traditional land use. These forest stands, which existed a good 70 years ago, were reconstructed using a statistical method commonly used for this purpose, a random forest classification model. The modelling was done by the Bayreuth master's student Christie Philipp. In addition, the researchers investigated how the extremely dry and warm weather of recent years has affected the viability of pine trees in the Northern Franconian Jura.

"Our study is the first long-term study that covers the entire range of a habitat that is part of the Natura 2000 network. The Northern Franconian Jura owes its high density of Natura 2000 protected areas and habitats in no small part to the extensive occurrence of the dolomite rock on which the pine forests with their unusual diversity of plants grow. The history of these plants reaches far back into the post-glacial vegetation history and partly into the last ice age. Therefore, our investigation also concerns the question of the extent to which a comparatively wealthy country like Germany actually implements its obligations arising from the UN Convention on Biodiversity," explains PD Dr. Andreas Hemp, a member of staff at the Plant Systematics research group at the University of Bayreuth. His conclusion is that "The protection of the dolomite pine forests in the Franconian Jura has been neglected for decades. Apart from Middle Franconia, there can be no talk of measures to preserve these forests, as would have been necessary due to increasingly intensive land use and climate change. Measured by the size of the forested areas, more than three-quarters of the stands have been lost since 1990, and as much as about 99 percent since 1950."

A new nature conservation project
Improved protection of the dolomite pine forests is the goal of a new BayernNetzNatur project, which is being scientifically supported by PD Dr. Andreas Hemp at the University of Bayreuth. The project "Biotope complex of pine forests and dry grasslands of the Dolomitkuppenalb" will be funded by the Bavarian Nature Conservation Fund for four years from July 1, 2022 to the tune of around € 460,000 from the proceeds of the Glücksspirale lottery. It is initially limited to the district of Nürnberger Land in Middle Franconia. The project leader is the Wengleinpark e.V. Nature Conservation Center; other partners are the Nuremberg County Landscape Conservation Association, the Higher Nature Conservation Authority of the Government of Middle Franconia in Ansbach, the Lower Nature Conservation Authority at the Nuremberg County District Office in Lauf, the Office of Food, Agriculture and Forestry in Roth-Weißenburg, and the "Fränkische Schweiz - Frankenjura" Nature Park.

The bluish summerwort Orobanche coerulescens, a species of Asian steppes, which in Germany only occurs in dolomite sand dry grasslands in the margins of pine forests. Photo: Andreas Hemp.

Reduced pine forest stands: causes and consequences
The Bayreuth research team has identified two main factors as causes for the massive loss of the sparse pine forest stands. Firstly, after the abandonment of traditional land use over the decades, more and more spruce and beech have migrated into the stands and displaced the pines. On the other hand, the responsible Bavarian forestry authorities have converted pure pine and spruce monocultures into mixed stands, which are more productive in terms of forestry and at the same time more ecologically stable. However, these deciduous mixed forests impair the living conditions of numerous light-requiring, low-growing plant species on the forest floor - including numerous orchid species - and have contributed to their decline.

"The sharp decline of dolomite pine forests shows that widely accepted forest policy goals in Germany do not always match the requirements resulting from the legal status of Natura 2000 habitats or even from the Bavarian Nature Conservation Act. In our study, we also found clear evidence that the loss of plant biodiversity adversely affects wildlife, leading in particular to a decline in insect and bird species," says Bayreuth biologist Dr. Claudia Hemp from the Plant Systematics research group, who also works at the Senckenberg Biodiversity and Climate Research Center in Frankfurt am Main.

The common mountain grasshopper Podisma pedestris is an ice age relict that only occurs in a few places in the Franconian Jura, mostly in the fringes of dolomite pine forests. Photo: Claudia Hemp.

Climate resilience of pine trees
"However, our investigation does offer a positive finding," adds PD Dr. Andreas Hemp. "We found that the pines on natural dolomite sites were almost unaffected by the extreme drought and heat of recent years. The pines of the Franconian Jura seem to have been native here for thousands of years and are well adapted to climatic changes. Therefore, they could possibly serve as a source of seed material suitable for regions in Germany and Europe where pines suffer from drought. This would require studies of their genotypic variation and phenotypic plasticity and their resulting competitive ability, especially on dry sites."

The reticulated Goodyera repens, an orchid of northern continental regions, has lost most of its former occurrences in dolomitic pine forests during the last decades due to spreading spruces. Photo: Andreas Hemp.

Background:
The Northern Franconian Jura in Bavaria is a range of hills of about 2,000 square kilometers. The dolomite pine forests (botanical name: Buphthalmo-Pinetum) was able to settle here due to geological and climatic peculiarities. The most important factor was the formation of reefs in the Jurassic Sea, which covered large parts of today's nature park "Franconian Switzerland - Franconian Jura" 200 to 150 million years ago. These reefs developed into the dry, sandy dolomite soils that make up about 20 percent of the Northern Franconian Jura, but are almost completely absent from the Southern Franconian Jura and the adjacent Swabian Alb. Humans encouraged the growth of the pine forests, with livestock and shifting cultivation in the early Neolithic period around 7,500 years ago preventing the establishment of beech forests, which could have displaced the pines. In the Middle Ages, and even until the middle of the last century, dolomite pine forests were even used for livestock, which benefited the growth of pines. Therefore, most of the dolomite pine forests in the Franconian Jura are nowadays classified in research not as part of the so-called "potential natural vegetation (PNV)", but as relic forests, which have been preserved by humans and their grazing livestock over several millennia.

Save the date:
Dolomite pine forests are the subject of a lecture to be given by PD Dr. Andreas Hemp on July 18, 2022, as part of a conference on "Nature Conservation in Forests" organized by the Bavarian Academy for Nature Conservation and Landscape Management. The conference will be held at the Congress Centrum in Amberg from July 18 to 19, 2022. For further information see: https://umwelttermine.bayern/pdf/dfx/181/6282401c36510_7522_Waldnaturschutz.pdf 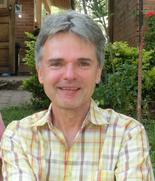 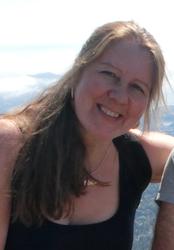