Putting a price on CO₂ emissions and thus making emissions more expensive can make a significant contribution to reducing them. In a study published in the Economic Journal, Prof. Dr. Fabian Herweg, University of Bayreuth, and Prof. Dr. Klaus M. Schmidt, LMU Munich, compare two governmental instruments of carbon pricing with regard to their effectiveness: A carbon tax strengthens the willingness of households to voluntarily reduce CO₂ emissions. In contrast, a market for trading emission allowances that is based on a pre-determined emissions cap (cap-and-trade) has a discouraging effect. It leads to higher emissions and shifts the burden of climate protection onto consumers with lower incomes.

The study thus refutes the widespread opinion that emissions trading is an effective market-based instrument for climate protection. Crucial to the argument of the two authors is a premise that has so far been neglected in economic research: most governments cannot drive up the price for the direct or indirect causation of CO₂ emissions as high as would be necessary to meet the targets defined in the Paris climate protection agreement. This is because such a plan would trigger considerable resistance from various societal groups – regardless of the precise mechanism used to raise the carbon price.

"The imposed carbon prices by most governments are insufficient to achieve necessary climate protection goals. Voluntary initiatives by consumers, companies and municipalities are necessary. The Intergovernmental Panel on Climate Change (IPCC) estimates that between 40 and 70 percent of global CO₂ emissions can be avoided in this way by 2050. Against this background, our study compared the two most important government instruments for pricing CO₂ emissions – emissions trading and a carbon tax. The central question for us was how these instruments affect voluntary contributions to climate protection and thus the overall balance of CO₂ emissions," says Prof. Dr. Fabian Herweg, Chair of International Competition Policy at the University of Bayreuth.

Certificate trading weakens the moral motivation of consumers
The study is based on the assumption that there is a large number of households, as well as companies and municipalities, who are willing to reduce their climate footprint for moral reasons – but only if they can rightly assume that their behaviour will affect the overall level of CO₂ emissions. This is linked to the further assumption that the government regulates greenhouse gas emissions. Under these assumptions, the authors conclude that pricing greenhouse gas emissions in the form of a carbon tax complements voluntary, morally motivated efforts to reduce emissions. It is a strong incentive for households to limit their own consumption. A cap-and-trade system, on the other hand, weakens the moral motivation of consumers.

The authors explain the negative effects of trading emission allowances with the so-called "waterbed effect": If morally motivated agents voluntarily reduce their emissions, for example by investing in private solar energy plants or by traveling short distances by train instead of aircraft, they cannot thereby reduce the total amount of emissions determined by the regulator. Voluntary measures to reduce emissions merely cause the price of emission permits to fall, which in turn motivates other market participants to buy these rights and thus emit additional units of CO₂. Households are aware of this nexus and thus, even though climate-conscious, will not reduce their own consumption. The opposite is true if emissions are taxed. In this case, households know that they can individually influence the total amount of emissions, and their moral motivation prevails – to the benefit of climate protection.

Taxation results in fairer burden sharing
Regulating the costs of CO₂ emissions through taxation instead of emissions trading is not only more effective from an environmental point of view, but also reveals to be preferred in terms of fair burden sharing. This is shown by calculations that distinguish between a rich and a poor group of households. If CO₂ emissions are regulated by emissions trading, only financially weak households reduce their climate-damaging consumption. Financially strong households do not reduce their consumption, but buy permits to 'compensate' for their high consumption and thus reduce their individual climate footprint. The government anticipates this increased demand for allowances and, in order to keep their price low, issues more allowances. In contrast, a carbon tax provides strong incentives for both groups of households to contribute to reducing emissions. Policymakers should pay more attention to these relationships in the future," says Herweg.

Influences of consumers on companies and politics
The study also takes into account the fact that consumers are increasingly influencing the decisions of companies and governments. Today, numerous companies want to become climate-neutral – for example, because they want to increase their attractiveness for climate-conscious consumers and employees or because they are owned by climate-conscious investors. Political leaders are responding to demands from their constituencies and encouraging investment in green technologies for energy production. The authors show that these efforts significantly advance climate protection only in the case of pricing emissions through a carbon tax, but not when emissions are regulated through emissions trading. 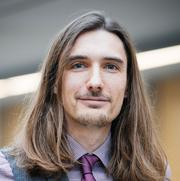