The University of Bayreuth is establishing a new focus in interdisciplinary peace and conflict research. As a member of a network dealing with interpretive struggles and their influence on conflicts, it is involved in the founding of a regional centre for peace and conflict research in Bavaria. It is also a partner in a new network of competence that examines power structures in conflicts and peace efforts that were shaped by colonialism and continue to have an impact today. The Federal Ministry of Education and Research (BMBF) will fund both projects for four years from 1 April 2022, and the University of Bayreuth will receive a total of around € 2 million.

In addition to basic research, the projects aim, in particular, to expand dialogue with the public and government on issues of war and peace. All the work on peace and conflict research planned is to be decidedly practice-oriented. Initiatives in advising political and civil society organisations, but also for the transfer of knowledge to the media and the public, are to emerge from the findings gained in interdisciplinary cooperation.

"The war in Ukraine and its terrible consequences shows how indispensable scientific research is in trying to get to the bottom of the causes of conflicts and the preconditions for peaceful coexistence. I am all the more pleased that researchers and teachers from our university will be contributing their expertise in the social sciences and history to two new and pioneering networks for peace and conflict research. The BMBF's decision to fund these projects after two highly competitive calls for proposals is a show of confidence in all parties involved. On the part of the University Governing Board, I will work to ensure that cooperation with other Bavarian universities in this new focus is permanently institutionalised in a regional centre for peace and conflict research," says Prof. Dr. Stefan Leible, President of the University of Bayreuth.

Prof. Dr. Jana Hönke, Chair of the Sociology of Africa, University of Bayreuth.

An association for peace and conflict research in Bayern

The Bayreuth component of the Network for Peace and Conflict Research in Bavaria is led by Prof. Dr Jana Hönke, Chair of Sociology of Africa, in cooperation with Dr Julia Eichenberg, research group leader at the Institute for Franconian Regional History. The BMBF is funding the establishment of the centre to the tune of € 2.5 million. Other members of the centre are the University of Augsburg, FAU Erlangen-Nuremberg, and the Institute of Contemporary History in Munich.

The overarching framework topic of "Interpretive Struggles in Transition" is rooted in the fact that different interpretations of threats and insecurity significantly influence conflicts. In particular, old, supposedly overcome conflicts in societies often affect the outbreak and long-term course of 'hot' conflicts. If such lines of conflict are linked to current political interests, they influence perceptions. In the form of opposing interpretations of past events and developments, they can be instrumentalised and used for escalation. This dynamic is particularly relevant in times of transition, such as in the establishment of a peace order after a war, in coming to terms with tyranny that has been overcome, or in the current transformation of the international order. "We are therefore seeking to open up peace and conflict research, which has so far been dominated by political science, to sociology and history. In an interdisciplinary dialogue, we wish to explore the social dynamics and political effects of interpretive struggles over time. An important question here is whether and how these struggles can contribute to sustainable peace," says Prof. Dr. Jana Hönke.

The University of Bayreuth will coordinate the interdisciplinary cooperation of the partner institutions. Moreover, it will promote the internationalisation of research work with a programme for visiting scholars. In addition, a project in cooperation with PD Dr. Florian Kühn (University of Gothenburg) is investigating the clash of opposing constructions of truth and historical knowledge using the example of current conflicts in Africa and South America. Another research team led by Dr. Julia Eichenberg will use the example of the Franconian Freikorps after the First World War to examine the violent enforcement of nationalist patterns of interpretation, but also the challenges arising from military and social demobilisation after violent conflicts. A third project is dedicated to the interpretive struggles associated with corporate responsibility for violence.

The "Postcolonial Hierarchies" network of competence, on the other hand, investigates traditional power structures that have their roots in European colonialism and continue to have an effect in current conflicts, not infrequently even being deliberately revived. It is also funded by the BMBF to the tune of € 4.1 million until 2026. Interdisciplinary research approaches are at the centre of this network: in Bayreuth, Prof. Dr. Jana Hönke (Sociology), Prof. Dr. Sabelo Ndlovu-Gatsheni (Epistemologies of the Global South), Prof. Dr. Andrea Behrends (Social Anthropology), Prof. Dr. Joel Glasman (History), and Dr. Maria Ketzmerick (Political Science) are all cooperating. They are in close consultation with the Cluster of Excellence "Africa Multiple". The University of Bayreuth works in this network with the Arnold Bergstraesser Institute in Freiburg, the University of Erfurt, and the University of Marburg, which each bring in Sibylla Merian Centres in India, the Maghreb, and Africa as partners.

The network is concerned with the effects of hierarchical, colonially based power structures on today's violent conflicts. It explores the significance of overcoming these hierarchies in creating peaceful and just structures in the present. "The research will look at the continuous persistence of colonial imaginary worlds and social structures, but equally at anti-colonial resistance movements and processes of decolonisation – right up to current confrontations with racist patterns of thought and behaviour. An important aspect will be the often unreflected conditions under which knowledge of politics, peace, and conflicts is still produced and disseminated today," says Dr Maria Ketzmerick. Research projects based at the University of Bayreuth deal, among other things, with possibilities of decolonising external security governance and humanitarian aid. Another topic is the indirect perpetuation of colonial hierarchies, and how to overcome them, in South-South relations. The "Postcolonial Hierarchies" network of competence will also seek dialogue with the public and with different target groups from government, media, and culture, and will launch new means of communication for this purpose, for example a virtual encyclopaedia. 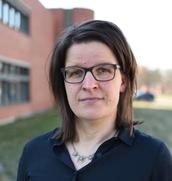 Sociology of Africa
University of Bayreuth